We were pleased to be donate two North Ronaldsay and two Shetland wethers to the RBST Primitive Produce Project; aiming to promote the meat and other produce from these animals to different audiences.

In Autumn 2018 we heard via Facebook that the RBST Cumbria Support Group were looking for donors of wethers from all the primitive native breeds for a project aimed at promoting the meat to different audiences. We offered to donate 2 North Ronaldsay and 2 Shetland wethers as we were really keen to be involved. Having gradually grown our flock of primitive sheep from 3 animals in December 2015 to 76 in December 2019, we felt that this was a perfect time for us to be learning from others about how to market our produce.

The aim of the project was to collect together wether lambs and then grow them on to 18 months old, all in the same location, at Maria Benjamin and John Atkinsonâ€™s farm in Ulverston. The idea was that if the animals were all grown on in the same conditions and location, many of the variables that affect the meat characteristics could be kept consistent across all the breeds.

As the project developed, it became known as the Primitive Produce Project, and it grew to not only focus on the meat but to also include the fleece and skin of the animal too. It is important to stress that the project was not aiming to compare the different breeds against each other but to highlight the different characteristics of the produce.

The sheep were all sheared in June 2019, and samples of the fleece were washed and spun by members of the Cumbria group. In November 2019 the animals were sent to the butcher. A range of information was collected about the animals, including live and dead weights. The skins were retained and will go on for tanning to form rugs.

The project culminated in a gathering at Tebay Services Hotel just off the M6, where over fifty sheep-breeders (including all those who had donated wethers), chefs, restaurateurs, craftspeople and conservationists all gathered. All breeds were celebrated with a series of very informative talks, a butchery demonstration and a delicious tasting lunch. The butcher, Andrew Sharp, was incredibly impressed with all of the carcasses.

As donors of the North Ronaldsays, we were invited along and we had a thoroughly enjoyable day, catching up with old friends and meeting new people as well. The day proved to be very successful in raising the profile of the sheep, helping connect producers and sharing ideas on how to make these lovely little sheep more commercially viable. 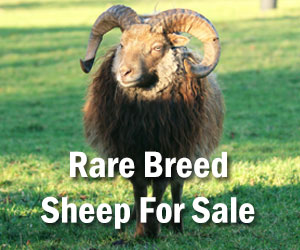 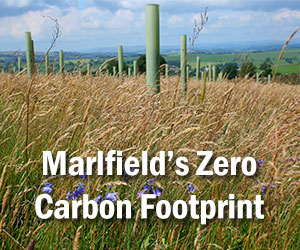